Meet our team of dedicated professionals

RIVE Private Investment benefits from the talent and expertise of investment professionals located in 4 European countries.

Focused on real assets investments, our industry and sector specialists leverage on their extensive networks as well as proven track record to generate attractive investments opportunities and deliver successful outcomes. 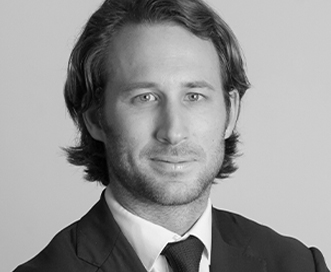 Yann has more than 20 years of experience in asset management and financial structuring with a specific focus on renewable energy infrastructure and real assets investments.

Yann started his career at Société Générale where he spent more than ten years in Alternative Investments. In 2007, he became Managing Director of SGAM Alternative Investment, Société Générale’s subsidiary which focuses on structured financings, hedge funds, private equity, and real estate. During his time at Société Générale, Yann structured and invested over €40 billion in alternative investment solutions for corporate, institutional and family office investors. In 2011, Yann founded Elyseum Investment and launched one of the first funds dedicated to European Renewable Energy Infrastructure. In 2013, Yann co-founded RIVE Private Investment as a Managing Partner to further develop the real assets practice.

Yann is a graduate of HEC in Paris with a specialization in Finance. 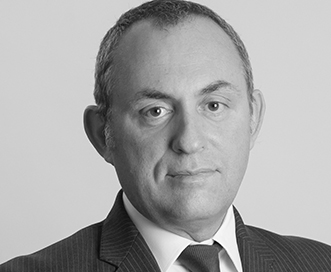 Etienne has more than 30 years of experience in structured finance and private markets investments with a focus on real assets.

Etienne started his career in 1989 by practicing law for eight years in international law firms (Jones Day and Stibbe Simont Monahan Duhot) in Paris, New York and Washington. In 1997, Etienne was named Tax Director for Banque AIG and specialised in structured finance and cross boarder structured leasing transactions. In 2005, Etienne became Managing Director at Mirabaud Group, in charge of private markets investments (venture, private debt and real assets) on behalf of institutional investors and high net worth individuals. In 2013 Etienne became one of the Founding and Managing Partners of RIVE Private Investment to further develop the real asset practice and brings its extensive experience in the structuring of complex transactions. 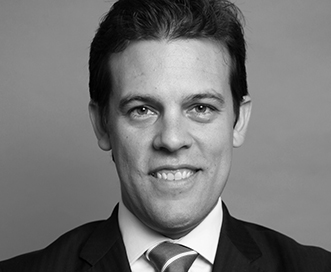 Camille has more than 17 years of experience in structured finance with a specific focus on tangible assets.

Camille is a graduate of HEC in Paris with a specialization in Finance. 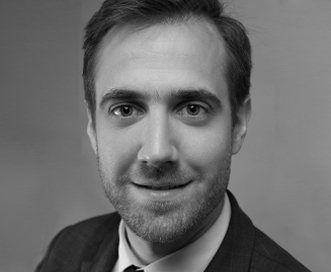 Pierre has more than 15 years of experience in Infrastructure and Private Equity investments.

He started his career at KPMG Corporate Finance within the Mergers & Acquisitions team before joining Naxicap Partners in 2008, where he was specifically in charge of LBO transactions on European SMEs. In 2013, Pierre joined EDF’s holding company dedicated to renewable energy operations and corporate ventures, where he was responsible for both Mergers & Acquisitions and fund of funds activities. He was also involved in the creation of Amundi Energy Transition, a management company dedicated to energy transition financing, jointly owned by Amundi Asset Management and EDF Group. As Managing Director at Amundi Energy Transition, Pierre was responsible for the management of the investment team dedicated to Sustainable Infrastructures (wind, solar, biomass and biogas assets). Pierre is now responsible for the Sustainable Infrastructure practice at RIVE Private Investment.

Pierre is a graduate of Paris Dauphine University and holds a Master’s Degree in Financial Engineering from EM Lyon. 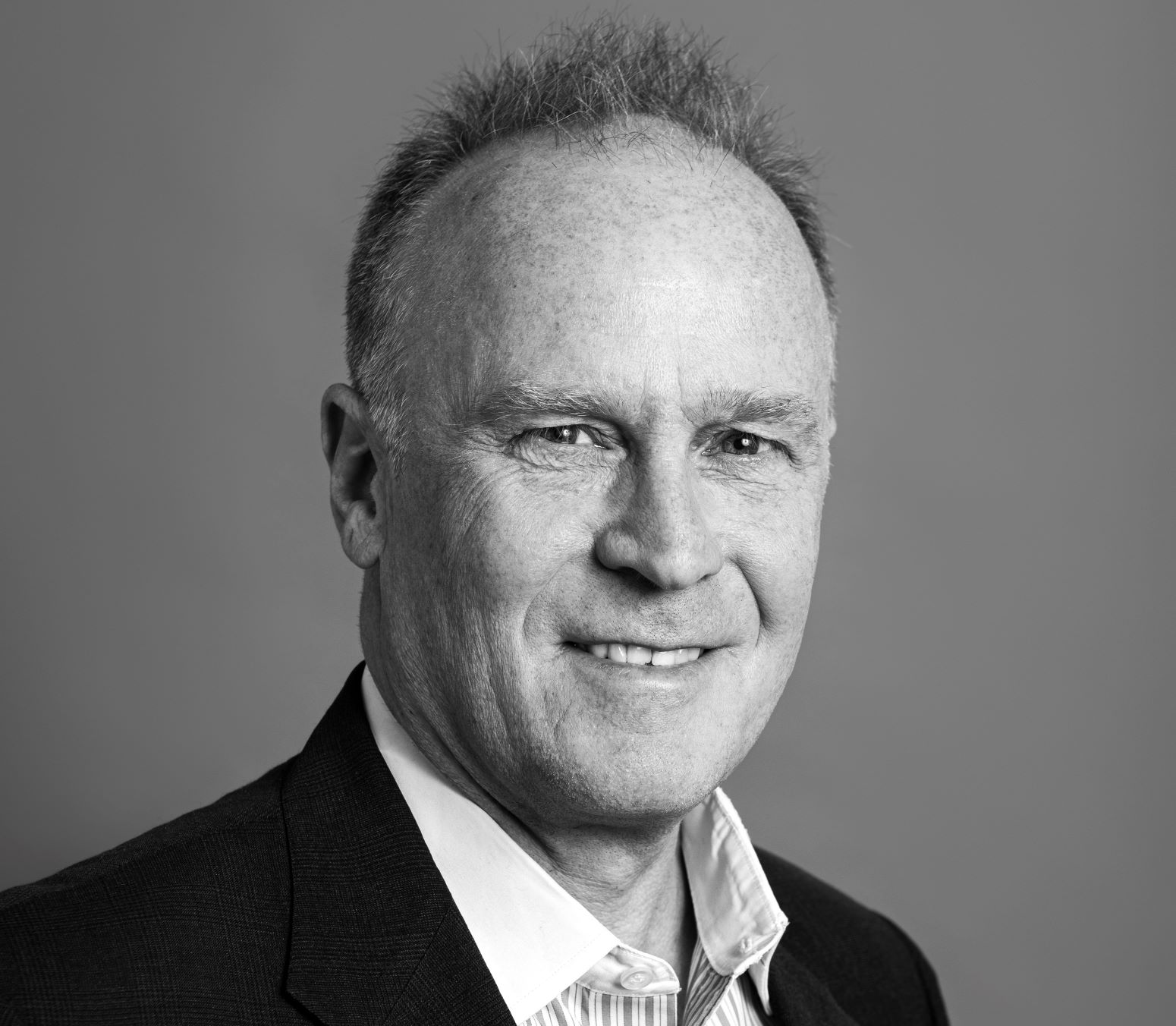 Kevin has over 25 years of experience as an investment banker and as a renewable energy project developer.

After spending the first part of his career as an investment banker (UBS – M&A, Salomon Brothers – TMT banker, and Nomura — Technology Principal Investments), Kevin co-founded one of the first cleantech asset managers in London in 2007. As a pioneering “clean-tech” investor, he made investments in fuel cells, solar generation technologies, wind and marine turbines, electric vehicles, and new battery technologies. He then founded solar developer Nur Energie which develops solar generation projects in France, Italy, Greece, and Tunisia, including the large-scale solar export project TuNur.

Kevin is deeply concerned with the ecological transition and has written extensively on emerging topics such as the electrification of transportation (aviation), energy storage, international electricity trading, and the production of synthetic fuels.

Kevin has a bachelor’s degree in Physics from Vassar College (New York), and an MBA from the Ecole des Ponts et Chaussées (Paris). 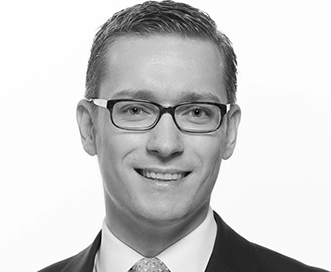 Florian has more than 12 years of experience in the arrangement and structuring of real assets financings with a strong focus on European renewable energy infrastructures.

He began his career at HSH Nordbank AG where he structured complex financings and originated various infrastructure projects. In 2014, Florian joined the renewable energy developer RECONCEPT GmbH as head of project acquisition & business development, successfully building-up and expanding their activities in Europe and Canada. Before joining RIVE, Florian was Vice President Global Markets at tier-1 renewable energy project developer PNE WIND AG where he was responsible for international transactions. Florian is now Investment Director at RIVE Private Investment in charge of Germany and Northern Europe.

Florian is a graduate from Finanzgruppe Hochschule. 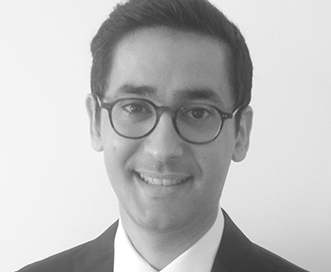 Raphaël has more than 12 years of experience in the banking sector with a specialization in asset finance.

Raphaël started his career at HSBC in the Asset & Liability Management team, in charge of interest rate hedging of the banking portfolio. In 2013, he joined the Infrastructure and Real Estate team of HSBC where he delivered a wide range of cross-border financings to major airlines and aircraft lessors around the globe. Raphaël was also responsible for managing assets residual values and led the remarketing as well as the sale of numerous assets.

Raphaël is a graduate of Ecole Polytechnique and holds a master degree in mathematic finance from ENSAE Paris/University of Paris Dauphine. 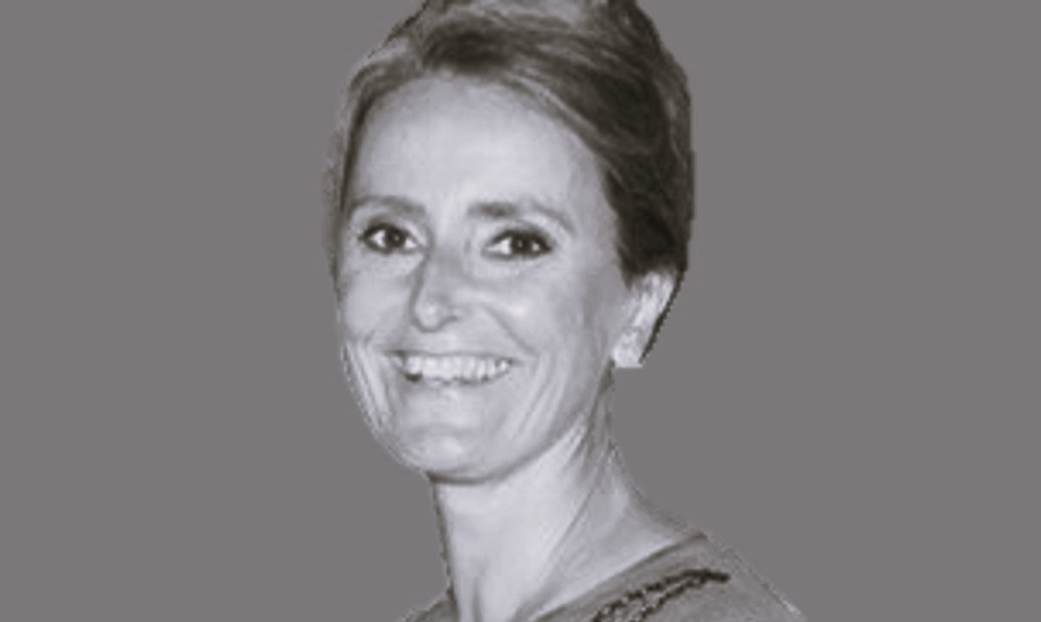 Stéphanie started her carrier in 1994 in the real estate sector. She specialized in legal and contractual matters as well as conformity through various experiences with real estate developers in France. In 2016 Stéphanie joined the legal team of Rive Private Investment. 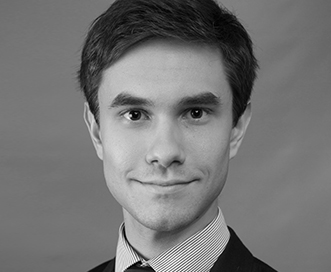 Benoît has more than 6 years of experience in infrastructure investments with a specific focus on energy transition assets.

Benoît started his career at Crédit Agricole CIB and VINCI Concessions where he was involved in numerous public-private partnerships project financings and airport acquisitions. In 2016, Benoît joined Amundi Energy Transition and became Associate Director. He closed multiple transactions across Europe and successfully negotiated public tenders. After having successfully contributed to the deployment of more than €250 million in renewable energies and district heating networks. Benoit is now in charge of sourcing and structuring investments in Sustainable Infrastructures at RIVE Private Investment.

Benoît is a graduate from Ecole Centrale and EDHEC Business School as well as a CFA Charterholder. 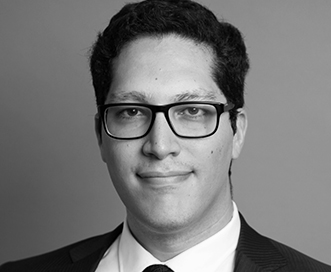 Bachir has more than 8 years of experience in asset finance and private equity.

He started his career as an investment analyst at Amundi Private Equity Funds, then at 123 Investment Managers where he took part in multiple investments in European SMEs. Since June 2015, Bachir is part of the Asset Finance team of RIVE Private Investment and participates to a wide range of cross-border asset-based transactions including the acquisition, financing and leasing of new and used helicopters, ships and other assets and industrial equipment.

Bachir is a graduate of Neoma Business School with a major in Finance. 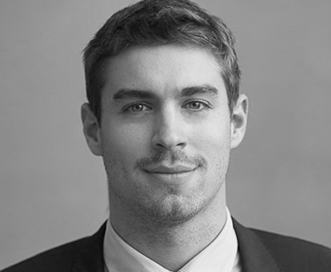 After graduating from Ecole des Mines, Antoine developed a two-year expertise as a project manager in the automotive sector.

In 2018, Antoine joined the Asset Financing team of RIVE Private Investment as an analyst. He participates to a wide range of multijurisdictional asset-backed transactions including the acquisition, financing and leasing of new and used locomotives, aircraft as well as other assets and industrial equipments.

Antoine holds an MSc degree in Corporate Finance from ESSEC and an engineering degree from Ecole des Mines. 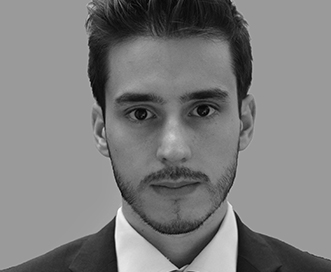 Sébastien started his career in Private Equity at French Partners and Anaxago Capital where he participated to equity and debt investments in a wide range of sectors, mainly in France and in the United Kingdom.

Sébastien joined RIVE Private investment in early 2019 as an analyst within the Sustainable Infrastructure team. Sebastien is involved in the analysis and structuring investments in renewable energy assets. 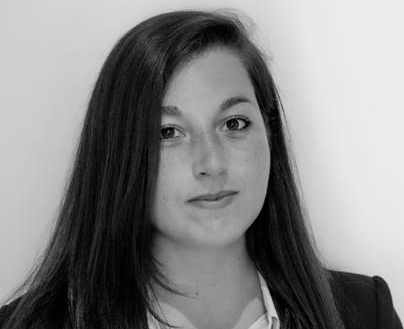 Before joining RIVE Private Investment in 2020, Sonja spent 8 years in the banking industry at Edmond de Rothschild in various administrative and legal positions.

Sonja speaks 3 languages and is graduated from Ifage Geneva. 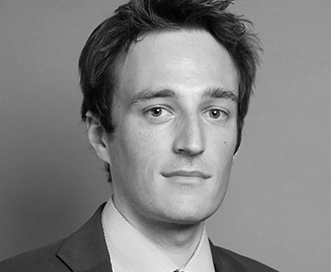 Arnaud has more than 12 years of experience in financial audit and risk management with a focus on private markets.

Arnaud started his career at Deloitte Luxembourg as financial auditor before joining HRT Révision (member of PKF International). He has achieved numerous engagements of accounts certification in the areas of private equity, real estate and investment funds in international contexts. Since 2014, Arnaud is Risk Manager at RIVE Private Investment, in charge of investments analysis and follow-up, control of flows as well as internal and external reporting.

Arnaud is a graduate of IESEG business school and certified accountant. 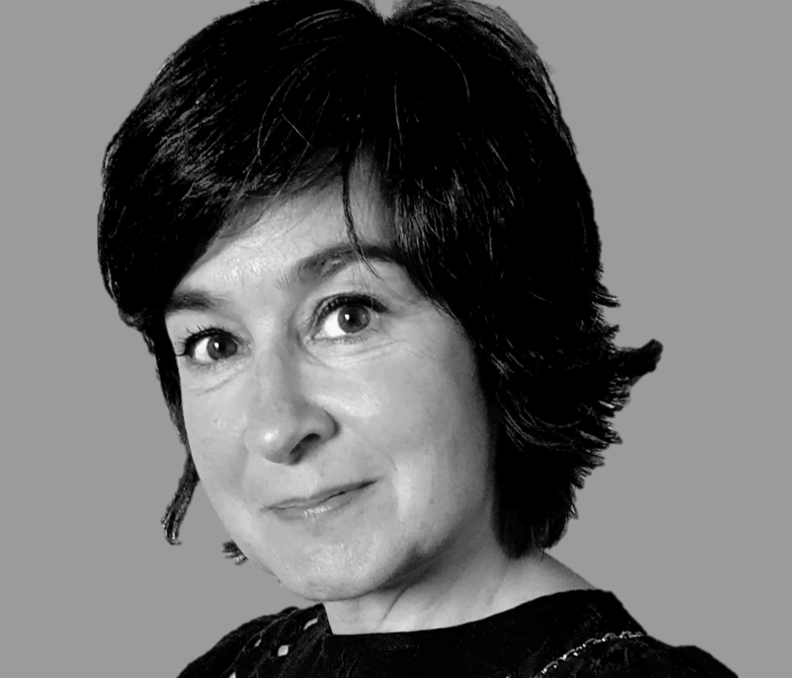 Bénédicte has dual French and Canadian citizenship and has lived in France since 1995. She attended Ottawa University and Université Paris-Diderot where her studies focused on translation and languages. Bénédicte has lived and worked in several countries and has over 25 years of significant experiences working in multicultural environments.

She was Administrative manager for 15 years at Communicaid, a British firm specialised in intercultural, language and communication skills before launching her own maple syrup import company, Les Cousins gourmands. 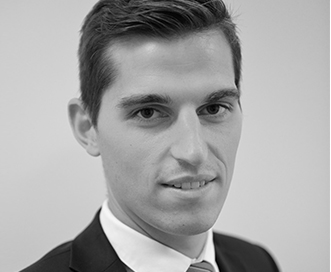 After a first experience in 2014 as an analyst at Total Group, Romain joined the Grant Thornton’s Paris office as financial auditor. 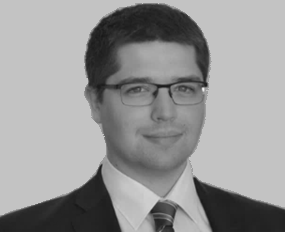 He was mainly in charge of the audit of investment funds (UCITS & AIF) for renowned clients. While achieving numerous audit engagements, he gained thorough knowledge about the Luxembourg fund industry with a focus on private equity funds in various reporting frameworks (IFRS & LUX GAAP). In 2020, Alexis joined RIVE Private Investment as financial analyst to further reinforce the control team.

Alexis is a graduate of HEC in Liège with a major in Finance and certified accountant. 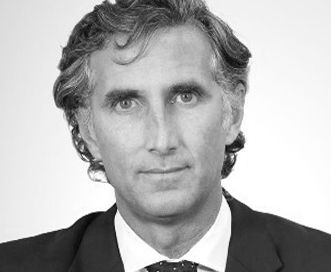 Felipe has more than 15 years of experience in infrastructure project transactions.

He began his career in 1999 in the Equity Research area first at Renta 4 Bank and then at Société Générale Group where he spent 6 years. In 2006, he joined Banco Santander Group where for 5 years he was in charge of structuring and executing Leverage Buyouts and Project Finance transactions mainly focused in the renewable and infrastructure sector. In 2011, he joined the Asset and Capital Structuring team to lead tax equity transactions in the renewable and infrastructure sectors. In 2015 he joined JB Capital Markets to originate and execute equity and debt transactions in the renewable energy sector. Partner of Kobus Partners, Felipe brings to RIVE Private Investment his expertise in renewable energies investments in Spain and Portugal as Senior Advisor.

Felipe holds a degree in Business Administration and Finance from the European University of Madrid. 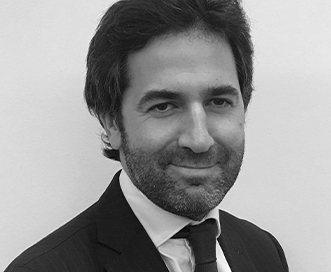 After starting his career at Merrill Lynch in London as part of the European LBO origination team in 2001, Alexandre joined ArjoWiggins’ strategy and M & A department in 2003, where he worked on acquisitions, asset disposals and the industrial reorganization of the group.

In 2006, Alexandre joined Amber Capital, an “event-driven” hedge fund, where he worked to invest the fund on special situations in Europe in various industrial sectors (aeronautics, airlines, oil services and renewable energy, etc.). At the end of 2009, Alexandre joined the management team of A Plus Finance where he invested roughly €100 million capital and debt and managed a c.€300 million portfolio of 15 private investments in French SMEs.

Alexandre is a graduate of ESSEC Business Schools.